Sofia Causa-Dumay is an Alumni of GMYS class of 2019, and learned leadership and performing skills through orchestra even with a visual impairment.

“My experience in GMYs helped to form my skills of playing in an orchestra. It taught me the importance of teamwork and performing with a group…GMYS was my initial path to music and thanks to this experience, I have become more advanced as a musician.”

She has played in chamber ensembles at the New England conservatory and has given back to our community as a camp counselor in our Homestead Beginner strings summer camp. She is currently attending Florida International University majoring in Psychology and minoring in violin performance. She is a bright light in the GMYS community. 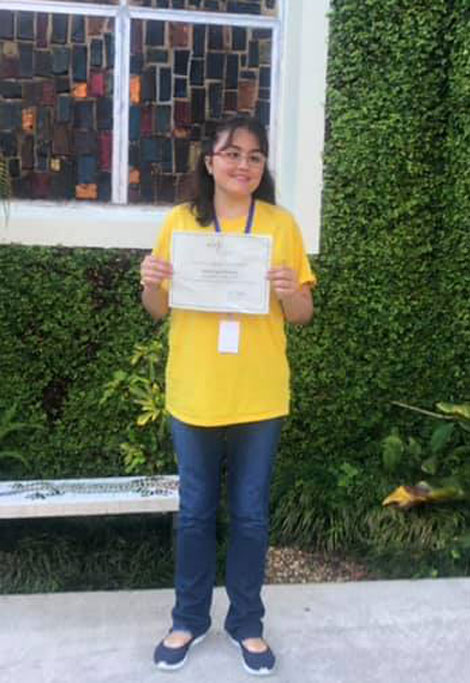 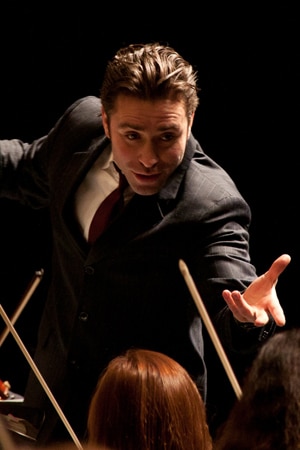 Jacomo Rafael Bairos was a member of GMYS for many years and credits GMYS with being instrumental in providing the start to his career. Recently Mr. Bairos returned to GMYS as guest conductor for the Symphony Orchestra.

As an accomplished and award-winning tubist, Bairos has given master classes and performed with festivals and orchestras around the world. New York Magazine praised his solo performances in the Juilliard Focus Festival of 1998 as one of the “instrumental highs of the festival.” At age 18, he was the first tubist in the history of the Aspen Music Festival to win the festival-wide concerto competition.

Bairos has performed, toured, and recorded with the New York Philharmonic as well as with the symphony orchestras of Chicago, Cincinnati, and Seattle. He has held principal posts with orchestras in America, Spain, and China and most recently was principal Tuba for the Singapore Symphony Orchestra from 2004-2007.

In demand annually with some of America’s finest orchestras, and described as a “genuine talent” by the Atlanta Constitution Journal, Portuguese-American Jacomo Rafael Bairos enjoys an emerging international career that is diverse, creative and inclusive. As the Amarillo Symphony’s 17th Music Director and Conductor, and Co-founder and Artistic Director of Nu Deco Ensemble, Bairos’ imaginative and energetic leadership has fostered a collaborative spirit for presenting great art at the highest levels. Through community partnerships and engaging outreach programs, as well as his dedication to facilitating young composers and musicians, Bairos has deepened these ensembles reach as a vehicle for cultural expression, artistic growth and positive community impact.

“I played from 1973-1977. I loved it because we played the real pieces. I also remembered that I played the Dittersdorf Duo Concertante with viola and bass as the winner of the concerto competition. Dr. Robert Bobo was the conductor, he was instrumental to me in becoming a professional musician. He was also my high school conductor”
Janet ClippardAlumni 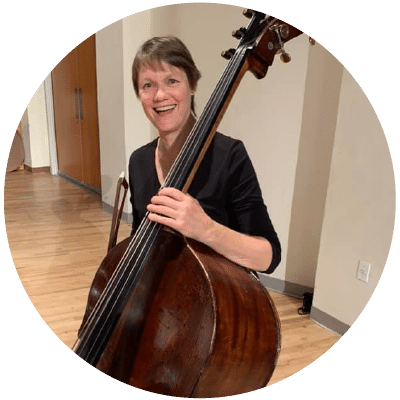 “I was part of GMYS in 2004-2006. It is a family that is made through the particularly exciting bond of making music together. I felt like part of something deeply nourishing to the community of Miami, to the composers, our families, friendships, and our hearts and minds. GMYS was the beginning of everything good in my musical life.”
Thomas MesaAlumni

“I joined GMYS in 2009 and have been a part of the orchestra till 2015. I can definitely say the 6 years I’ve had in GMYS have been an incredibly formative part of my identity both as a musician and person. I’m really grateful not only for the friendships I’ve made in the orchestra, but also the really amazing musical opportunities at GMYS - whether it’s the chamber program that gave me my first taste for chamber music, or really fun concerts like the Halloween concert! The Yale Symphony Orchestra (YSO) actually does something quite similar to GMYS’s Halloween concert, so it was personally really cool to continue doing something I had started at GMYS. But more than anything, I’m very grateful for being able to play under your leadership - I’ve gained so many skills from all the rehearsals and concerts in GMYS that have carried over to my experiences including, but not limited to NYO and YSO. I am very lucky to have been a part of the GMYS community, and I hope it continues to thrive!”
Annabel ChyungAlumni 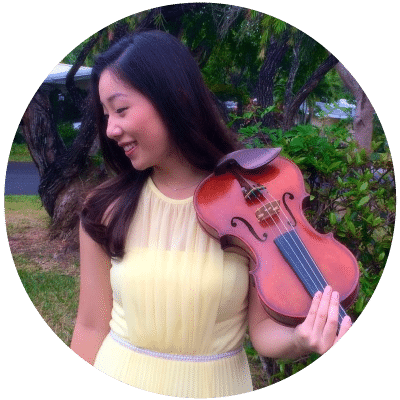 “I was in GMYS 2008-2009. When I first began playing in GMYS I was introduced to full symphonic orchestral literature for the first time that would become commonplace in my audition repertoire. I remember fondly struggling at first with excerpts from Nikolai Rimsky-Korsakov’s Capriccio Espagnol, but once I rehearsed and performed the complete work, I had a much better understanding of how my isolated solos fit within the greater symphonic texture.”
Robert DurieAlumni
“I was a member of GMYS for 7 years from 2002 to 2009. GMYS greatly enriched my experience as a violinist and instilled in me a sense of community. Being a member of GMYS provided me with the unique opportunity to play, perform and grow alongside talented musicians from around South Florida, under the direction of incredible conductors, coaches and mentors. What I love most about GMYS is the extensive impact it has made on the local community by bringing together people who are passionate about classical music.”
Jiwen LeiAlumni
“I was in GMYS 2008-2012 (wow time flies). GMYS exposed me to a lot of different kinds of music. Playing with the group was fun and really broadened my musical perspective.”
Jeffrey LinAlumni
“I first joined the Greater Miami Youth Symphony in 2007, playing cello in the strings orchestra and in the symphony orchestra from 2009-2010 until 2014. GMYS opened my range of playing through creating opportunities for us students to perform various styles of repertoire in a symphonic and chamber setting. The chance to be exposed and perform so much great music ultimately influenced me to continue pursuing this craft as a profession.”
Edward LuengoAlumni
“Dear Greater Miami Youth Symphony, Thank you for providing an outlet for young musicians such as myself. I thoroughly enjoyed my time there between 1980-1981 when the wonderful Dr. Bobo was at the helm inspiring us at every turn. I had the privilege of playing the Mendelssohn violin concerto, Mov I, along with Ivie Etkins, who played the second movement and Mary Ellen Woodside, who played the third movement with the orchestra my final year. Also, I made many lifelong friends and best friends in this organization, whom all I cherish to this moment. I have to say that was one of the most exciting times in my life. I hope you appreciate the gift that you have in the GMYS and its leadership as Mrs Huifang Chen and others.”
Arturo OlivaAlumni
Previous
Next